Recently, I appeared pro bono and argued in matter relating to environmental issue of de-concretization of trees. The Petition has been filed by an Activist Mr. Aditya Prasad before the National Green Tribunal, Principal Bench, New Delhi. The Tribunal issued Notice on the first date of hearing.

On the very next date i.e. on 23.4.2013, the Hon’ble Tribunal directed all the public authorities, more particularly Municipal Corporation of Delhi, DDA, DTC, DMRC, NHAI and all Government respondents in the Petition including the Director General of CPWD, the Chief Engineer, PWD, to ensure :

Various Newspapers have reported the aforesaid issue and Directions made by Green Tribunal in respect of preserving our most valuable living asset i.e. Trees. 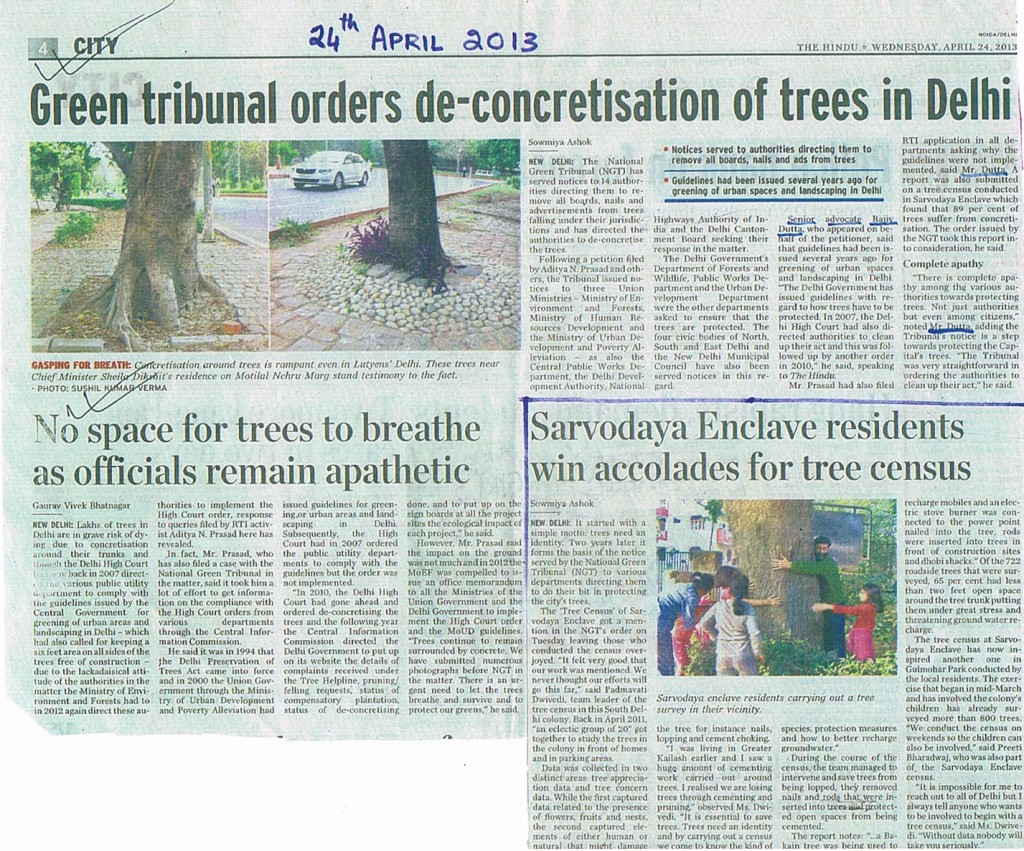 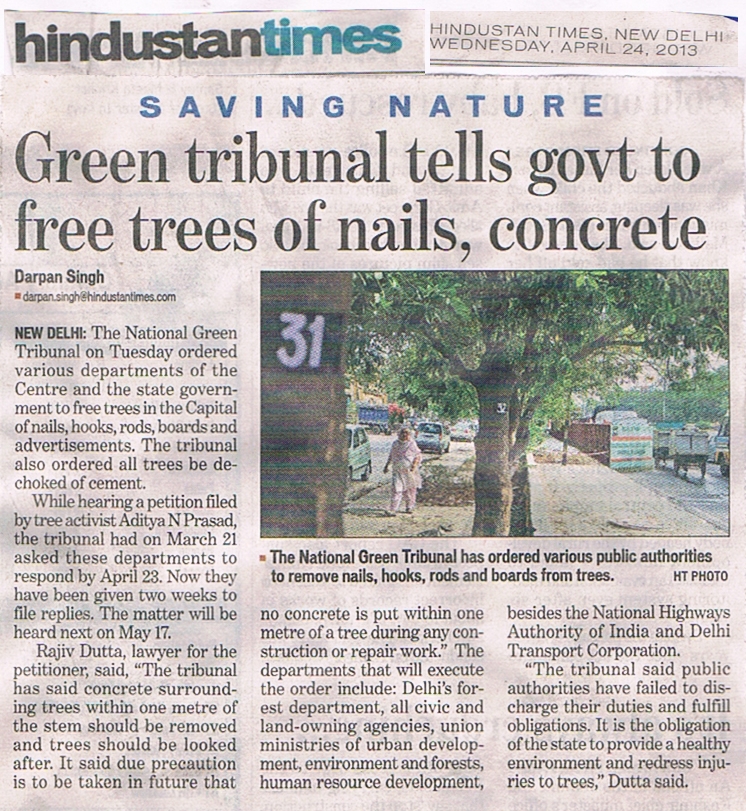